How Locks and Keys Work 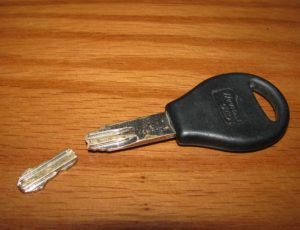 Locks and keys are important facets of our society. They are a large part of our motivation to acquire material goods, and they contribute to our mentality of ownership. With a lock on the door, a lock on a safe, and locks on virtually everything else, you might wonder how exactly these mechanisms work. They have clearly been around for quite a while, evolving and improving with the times.

Locks exist to restrict access to something, usually a valuable or vulnerable object. They can either keep things out, the way locks on cars prevent theft, or keep things in, the way jail cells prevent criminals from escaping. A lock is not just something that is opened with a key; locks are compact mechanical devices that use the rotary motion input to generate reciprocal motion in the bolt, which results in either a locked or unlocked door. But how do these mechanical devices work?

What Are Locks Made Up Of?

Locks are traditionally composed of intricately combined levers, gears, cams, and wheels, but with the development of electronics throughout the 20th century, they have incorporated electrical components to increase their security. The electric aspect of locks are entirely based on encryption, which uses detailed and often perplexing mathematical configurations to secure information through a tightly wound network of computer systems. Mechanical locks might not seem as high-tech, but they are fascinating nonetheless. They are still widely used today.

How Do Locks Work?

Picture a door. There are two parts to most doors—the frame and the rectangular door itself. Locks are installed using both pieces. A metal reinforcement is attached to the frame, because otherwise the lock itself would prove useless against foes such as brute strength. The lock itself fits into the mortise of the door, enabling the easy movement of a thick bolt in and out of the reinforcement with the conversion of rotary motion into reciprocating motion.

The essential part of a lock, however, is the set of wards or tumblers that can be either static or moving. These pieces are what decipher the slots of the key to enable the conversion of motion. The ward locks are relatively easy to pick, so they are less common nowadays than the pin tumbler locks. These locks contain a series of thin metal pins that keep the cylindrical key port in place until the right key is inserted.